Sport is probably as the humanity itself. All over the world people of different ages are very fond of sports and games. Sport not only helps people to become strong and to develop physically but also makes them more organized and better disciplined in their daily activities. It makes a healthy mind in a healthy body. Sports help people to keep in good health.

We all need to exercise. Even if you don't plan to make a career in sport you still have to practice. Regular exercises give you more energy. That is why many people who suffer from general tiredness should take more exercise than more rest. Exercise makes you feel and look better. The best exercise is one of which involves in repeated movements, those are: walking, jogging or swimming. Bending and stretching will add flexibility and feeling of lightness.

Among the sports popular in our country are football, basketball, swimming, volleyball, ice hockey, tennis, gymnastics, figure skating. A person can choose sports and games for any seasons, for any taste.

The world's greatest international sports games are known as the Olympic Games.

The Olympic idea means friendship, fraternity and cooperation among the people of the world. The Olympic Movement proves that real peace can be achieved through sport. The Olympic emblem is five interlinked rings: blue, yellow, black, green and red. Any national flag contains at least one of these colours.

The original Olympic Games began in ancient Greece in 776 B.C. The games were for men only. Greek women were forbidden not only to participate but also to watch the Olympics.

The first modern Olympic Games were held in Athens in 1896. Then they were resumed in London after the Second World War. Since then the  Olympics are held every fourth year in different countries.

The ancient Greeks had no winter sports. Only in 1924 the first Winter Olympic Games were held in France. Now they are being held regularly.

The History of the Olympic Games

Long ago Greeks often waged wars. The ruler of such a small state, Elis, wanted to live in peace with all neighbours. He was a good diplomat because his negotiations were successful and Elis was recognized a neutral state. To celebrate this achievement, he organized athletic games.

The games were held every four years in Olympia on the territory of Elis. The first games which later were called the Olympic Games were held about a thousand years before our era.

Winners were called "olympionics", they were awarded olive wreaths and cups of olive oil. The olympionics of ancient Grees became very popular. Best craftsmen were chosen to make honourary cups, many poets wrote and recited in public poems about the best athletics.

Only men could take part in the Olympic Games. Women were not allowed even to watch the competitions at the stadium under the fear of death penalty.

Magnificent strong bodies inspired artists and sculptors. They painted wall pictures and made statues of marble and bronze.

Sport in my life

People all over the world are fond of sports and games. Sport makes people healthy, keeps them fit, more organized and better disciplined. It unit people of different classes and nationalities.

Many people do sports on their personal initiative. They go in for skiing, skating, table tennis, swimming, volley-ball, football, etc. 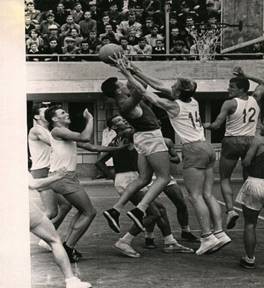 Sports in my school

We have fine teams at our school and different kinds of competition take place there. The boys of my school are crazy about football, they play football and the girls are football fans.

People all over the world are very fond of sports and games. That is one of the things in which people of every nationality and class are united.

The most popular outdoor winter  sports are shooting, hunting, hockey and, in the countries where the weather is frosty and there is much snow - skating, skiing and tobogganing. 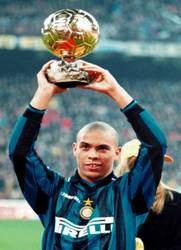 Summer affords excellent opportunities for swimming, boating, yachting, cycling, gliding and many others sports. Among outdoor games football takes place in public interests; this game is played in all the countries of the world. The other games in different countries are cricket, volley-ball, basket-ball, and so on. Badminton is also popular both with young and old. Over the last few years aerobics has become popular with young girls and women. Aerobics helps them to be slim, healthy and strong.

I like sport. I like tennis, swimming, figure skating, football, valley-ball. But my favorite sport is soccer. I buy the sports magazines and newspapers, for example: "Sport Exspress", or "World soccer". I like football in our country, because i live in Russia, but Italian series A I like more. I think that this game is very strict and thick. There are many popular football-players, for example: Paolo Maldini, Pirlo - they are playing in Milan; Konovaro is playing in Parma; Nesto is playing in Lazio; Baggio is playing in Breshia; Totti, Toldo, Ronaldo, Vieri are playing in Inter. My favorite football-player is Ronaldo. Many people don't like him, but I do.

He was born in Rio (Brazil). He hadn't any money, but he wanted to play football. When he was sixteen he started playing in "Gruzeiro", then he went to the World Cup in USA. Then he played in "Barcelona", then he went to Milan in "Inter". He was the best football-player in Europe. He is very rich now. He has a very beautiful wife and son. All people call him Fonomenon. I wish him good luck in World Cup 2002! 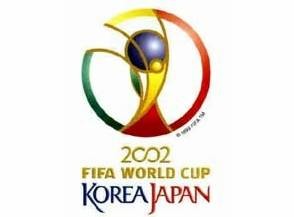 The most important sport event of this year is the World football championship which is held in Japan and South Korea. I'm a great football fan so I'm really upset that our teem lost the match against Belgium and Italian teem lost the match against Korea. And left the competition I agree with Onopko's words: “I still thought we could get the draw, and when Dmitri Sychev scored I believed it would happen. I really thought we would equalise.” And I think that D. Sychev  is hope our football: Only 18 years of age, Sychov already has eight goals to his name in the Russian Premier League. He has appeared in 12 games for Spartak Moscow. Though a regular on the under-18 national team, Sychov has three appearances and a goal under his belt for the full Russia squad.

Valeri Karpin is one of Russia's highest profile players. The midfielder was a star at Spartak Moscow in the early 1990s when the club won three league titles and two Cups of the Commonwealth of Independent States. Karpin moved to Spain and played for Real Sociedad and Valencia CF before settling at Celta de Vigo. He made his debut in the Russia squad in 1992 and scored a goal in his first match from the penalty spot against Mexico. He was part of the Russian team at the 1994 FIFA World Cup™.

Now, I'm supporting the Brazilian teem, because I'm convinced that they will be champions. 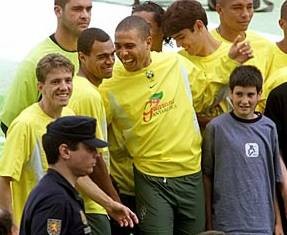 Well, I like tennis. I'm a fan of Marat Safin and Dimentieva.

All of them are very beautiful and talented sportsmen. I like them!

Sports are very important in our life - in my life. So we have all grounds to say that sport is one of the things that makes people kin.